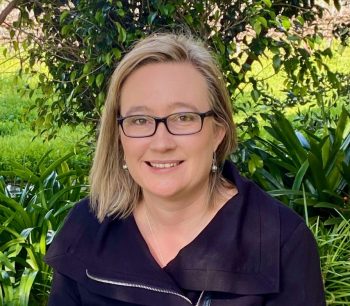 Megan graduated from the University of Adelaide with a BSc (Honours in Botany) in 1997. She worked for several years as a research assistant at the Australian National University before returning to the University of Adelaide to undertake her PhD in plant science at the Waite Campus. She completed her PhD in 2008 on a project investigating the physiological characterization of grapevines and exploring the role of water channels (aquaporins) in response to drought stress. Following her PhD, Megan had a post-doctoral position at The Australian National University where she studied bicarbonate transport processes in cyanobacteria (blue-green algae).  In 2009, she was appointed as a Research Fellow at the University of Melbourne researching the effect of salinity on root growth in barley.  In 2014, she was the recipient of an Australian Research Council Discovery Early Career Researcher Award (DECRA) enabling her to continue her research investigating salinity stress tolerance mechanisms in barley roots at the University of Adelaide. She is now employed as a senior lecturer and teaches in several Undergraduate and Masters courses within the School of Agriculture, Food and Wine, while maintaining her research interest in salinity tolerance in crop plants.

Megan’s research interest is focussed on understanding abiotic stress tolerance mechanisms in agricultural crops. Salt and drought are the two major abiotic stresses affecting crop plant growth and yield. Of particular interest to her is understanding the mechanisms that allow crop root systems to adapt to salinity and drought, thereby maintaining crop root growth and increasing soil exploration for nutrient and water uptake. Her current research aims to identify the molecular mechanisms that control and regulate root adaptation in response to salinity using barley (Hordeum vulgare L.) as a cereal model. This research will allow the identification of root traits that can be incorporated into breeding programs to develop higher-yielding salt-tolerant crops.

Megan is also using grapevine as a model system to understand salt and water movement through plant systems (from root to shoot). She aims to answer the question of how salt moves across the different tissues and major organs, how salt accumulates in root, leaf and shoot cells, and how movement and accumulation is controlled by the diversity of transport mechanisms operating in plants. This will be incorporated into biophysical models, to quantify the movement of salt through plant organs, tissues and cells, from root to leaf.