Important new discoveries about the unusual receptor for strigolactones have been made by international researchers, including Dr Phil Brewer of the University of Adelaide. Strigolactones are plant hormones involved in reducing plant bushiness and increasing plant performance under sub-optimal growing conditions. A protein, D14, has been discovered as the receptor of strigolactones, but unusually it also acts as an enzyme that breaks down strigolactones. The question arose – how can a protein simultaneously be a receptor and an enzyme? 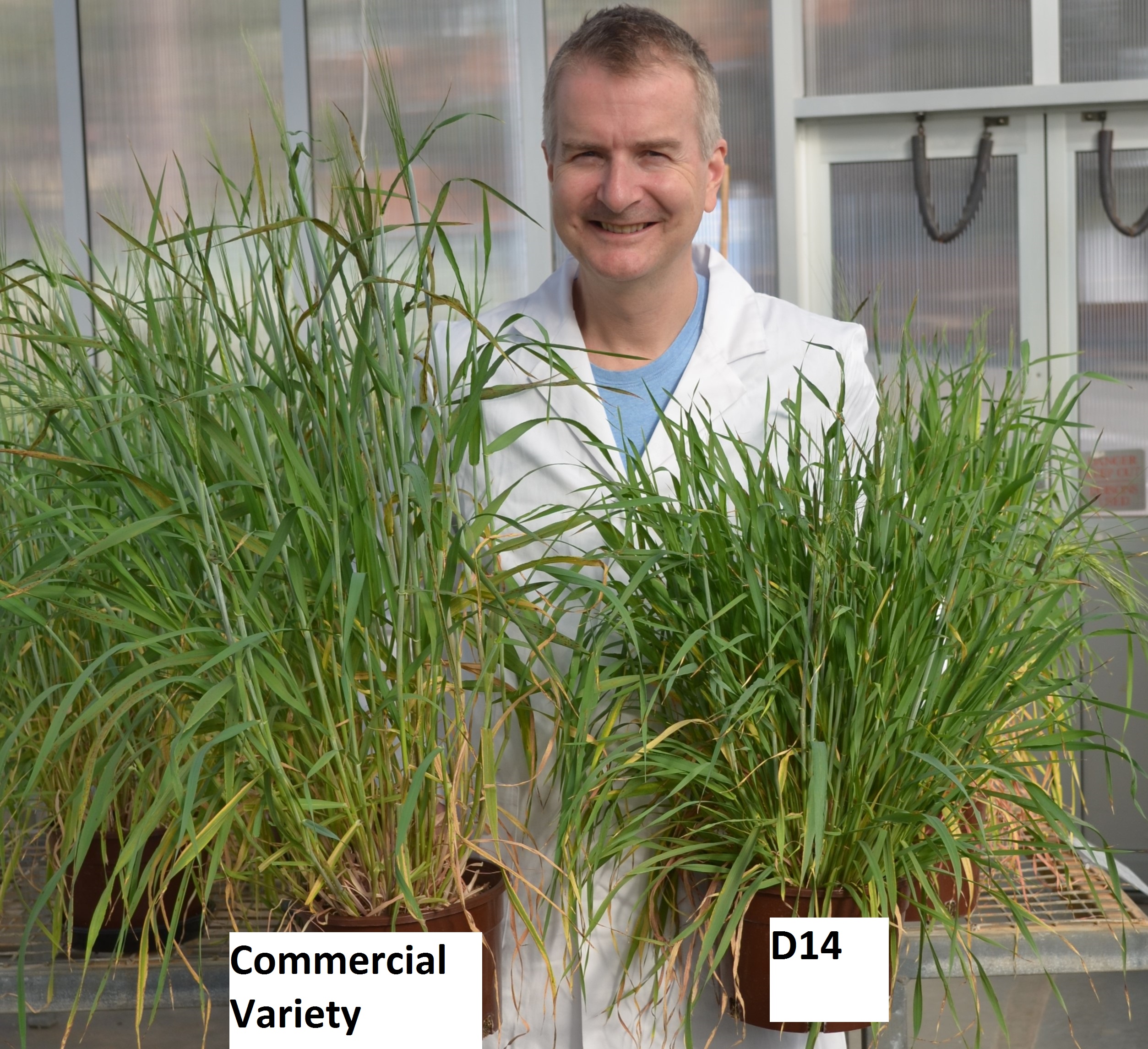 The answer involves a series of plant protein binding and conformational changes. An F-box protein called D3 binds with D14 as part of a protein complex, and alters the shape of D14 to be in an ‘open’ configuration. The open form allows binding with a strigolactone molecule, but at the same time D3 inhibits the enzymatic ability of D14. The complex then transmits the signal through interaction with D53. This removes D53 from regulating gene expression. So that is how strigolactones might be transmitted as a signal but not be degraded straightaway.
But then the next amazing thing happens. D53 alters the shape of D3, which in turn alters the shape of D14, which ‘closes’ it. The closed form is fully enzymatic and breaks down the strigolactone molecule that is still bound there. The break-down stops any further signalling. This system represents a remarkable example of the versatility protein catalytic reactions and has attracted much interest with plant researchers.D14 has been making waves in the agricultural sector too. Recently a new barley variety was discovered in Poland with altered D14 protein. It grows as a denser, bushier and greener plant with high grain yield. Dr Brewer has imported the line into Australia and is looking for research and funding partners to assist in field trials and grain analysis to further D14 and strigolactone research.
Dr Brewer is a highly-cited researcher and ARC Future Fellow, who recently joined the ARC Centre of Excellence in Plant Energy Biology, and has just published a new Spotlight article about the D14 story, which can be accessed in the top plant journal, Trends in Plant Science.